Another Ramadan has arrived
And the masjids are full for terrawih
But since last year so many Muslims have departed
And millions more suffering
Hungry, homeless and ignored

We make dua
And shed many tears
Give charity
But does it help and ease their suffering? END_OF_DOCUMENT_TOKEN_TO_BE_REPLACED

Apparently most of the energies that a body abosrbs are straight away stored in our brains
because every kind of energy in our body comes from the brain and goes to the brain. In other words, you are charged with electromagnetic waves without realizing it. his causes discomfort such as headaches,laziness and mild body pain.

So putting ur head on the ground in the position of sajda is the BEST WAY to discharge the electomagnetic signals.

Other than that just to add up with researches, it has been proven that not only sajda but the position of rukuh keep ur body blood flow and your circulations good. 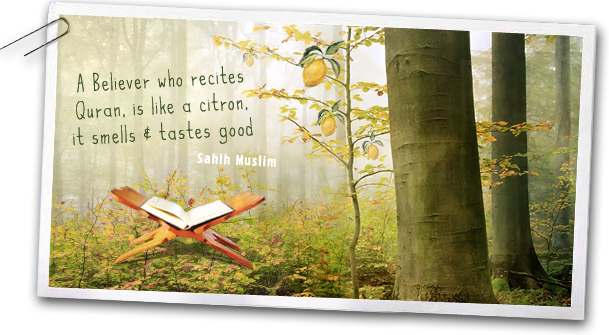 HIJAB is there in Hindu and Christian Books Also

Lets analyze what the Hindu Scriptures have to speak on modesty ?

“When Brahma has made you a woman, you should lower your gaze and should not look up. You should put your feet together and you should not reveal what the garment and the veil conceals.”

So the Rig Veda says that the woman should wear the veil.

They should lower their gaze and should not stare.

“Unlovely is the person is the husband who covers his thighs with the garment of his wife. “

So the Rig Veda says that wearing the clothes of the opposite sex is prohibited.

When Purshuram comes, Rama tells his wife Sita that “He is our elder, please lower your gaze, and put on the veil. “

Rama tells his wife Sita to put on the veil and to lower her gaze.

If you read historical books, the books talking about the Coin Age, the  Age of the Gupta and the post Gupta age, there are coins , on which there are pictures of the Indain woman wearing the veils and the veil are going upto their shoulders, some go upto the arms. There are many Indian woman in the villages who wear the veils, some of the woman even cover their faces.

So,if you analyze, even the Hindu Scriptures say that a woman should wear the veil. That the woman should lower their gaze. END_OF_DOCUMENT_TOKEN_TO_BE_REPLACED

Please don’t eat the skin of the apple because it’s coated with wax.

Check before you eat many of the fruits.

WAX is being used for preservation purposes and cold storage.

You might be surprised especially apples from USA and other parts are more than one year old, though it would look fresh. Becox wax is coated, preventing bacteria to enter. So it does not get dry.

Please Eat Apples after removing the wax as demonstrated below. Please follow this and let know others……….. 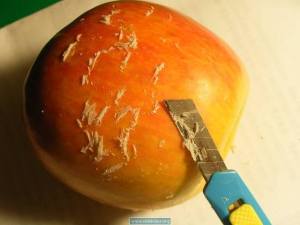 through mail from farook Ali

Revelation Order of the Qur’an

The Qur’an was sometimes revealed to respond to various events and incidents. Sometimes it was revealed to support the Prophet (saws) who was faced with many questions, whether by Muslims or non-Muslims, and hardships. Other times was revealed for legislation and for putting rules to govern the social, economical, and political life of Muslims.
The first verses to be revealed, according to the most correct opinion of scholars, are the first five verses of Surat Al-`Alaq, which happens to be Chapter 96 of the 114 chapters of the Qur’an.

Order of Surahs
As for the order of the surahs (chapters), the most accepted view is that it was also applied following an instruction given by Almighty Allah. It has been recorded that the Prophet (saws) reviewed the Qur’an with the arch-angel Gabriel 24 times all within his life.
Every year, he used to review it once during the month of Ramadan with Gabriel. During the final year of the Prophet’s life, Gabriel revised the Qur’an twice with the Prophet (saws) as a way of confirming it. The Prophet (saws), in turn, used to follow this order in teaching his Companions and communicating the message to them. END_OF_DOCUMENT_TOKEN_TO_BE_REPLACED

Ramzan is considered holiest month of the Islamic calendar. Ramzan transforms even non-practicing to perform all the religious rituals, pray for guidance, refrain from everyday evils, self restraint and seek forgiveness for past sins. Ramzan is also a time when we focus on self-reformation, spiritual cleansing and enlightenment. People enthusiasm toward religious activity is unmatched during Ramzan. But same zeal is not visible while paying Zakat, which is one of the five pillars of Islam.

We do not miss any chance to hit out at the government for poor condition of Muslims in India. But when it comes to playing our part we fail miserably. As per Arjun Sengupta Committee 2008 report, 77% of Indian population is surviving on Rs 600 per month. Same report also mentions that 84.7% of Muslim population is in poor and vulnerable group.

Recently, Buffett and Gates started a drive called “The Giving Pledge” to encourage high-profile philanthropic promises. Warren Buffet has pledged to donate 99 per cent of his wealth, while Bill and Melinda Gates have already donated half of theirs to charity, using it for improving the health of humanity. Indians are crowding the list of Forbes but when it comes to be generous they are no match for likes of Buffet. Recently, Karnataka’s minister for tourism and leading industrialist Gali Janardhan Reddy presented a diamond-studded gold crown, estimated to be worth Rs 450 million (Rs 45 crore), to the famous Lord Venkateswara temple at Tirupati.

Capgemini and Merrill Lynch Wealth Management in their report stated that India’s high net worth individuals (HNWIs), who are defined as those having investable assets of $1 million or more, are over 120,000 in number, or 0.01% of the population, their combined worth is close to one-third of India’s Gross National Income (GNI). END_OF_DOCUMENT_TOKEN_TO_BE_REPLACED 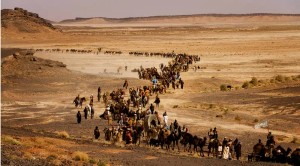 Many are those that are distressed not by pressing matters of great import, but by minor trifles.

Observe the Hypocrites and how weak they are in their resolution. The Qur’an relates to us some of their sayings:

{Those who stayed away [from Tabuk expedition] rejoiced in their staying behind the Messenger of Allah; they hated to strive and fight with their properties and their lives in the Cause of Allah, and they said: March not forth in the heat’.} (Qur’an 9: 81)

{And a band of them ask for permission of the Prophet [Muhammad] saying: ‘Truly, our homes lie open [to the enemy]’. And they lay not open. They but wished to flee.} (Qur’an 33: 13)

{‘We fear lest some misfortune of a disaster may befall us.’}

{And when the hypocrites and those in whose hearts is a disease said: ‘Allah and His Messenger promised us nothing but delusions!’} (Qur’an 33: 12)

END_OF_DOCUMENT_TOKEN_TO_BE_REPLACED

DUBAI — Islam has the solution to all the problems of the mankind, popular Indian scholar Dr Zakir Naik said at a lecture in Al Twar area opposite Dubai Airport Terminal-2, on Friday night.

The lecture was held as part of the cultural programme of the 9th Ramadan Forum.

In his two-hour lecture “Religion in the right perspective”, Dr Naik, who is also a noted surgeon, said the only way to understand a religion is not by looking at what its believers are saying or doing, but rather by looking at the scriptures and the writings.

Defining the characteristics of God as mentioned in the four major religions of the world — Islam, Judaism, Christianity and Hinduism, Dr Zakir said that in all these religions, apart from Christianity, God is one and no one is second to him; He has no equivalent or alike, He has no father or mother or sons and has no image or idol.

“Muslims have no problem with most of the characteristics of God as mentioned in different religions and they fit the description stipulated in the Holy Quran’s Surah Al Ikhlas ,which reads “Say: He is the God, the Unique; God, the Eternal, Absolute, He begets not, nor is He begotten, And there is none like unto Him.”

Dr Zakir said that if God’s characteristics in Islam are applied as a benchmark to other religions, few, if any, would stand the test. “If we took, for example, the ‘Brahma’ or the God in Hinduism, we will see that he is not the only one to claim he is God and he sometimes takes forms and shapes,” he said.

Some Hindus worship nature in the form of sun, water or fire, whereas Islam believes these to be only God’s creations and manifestations of power.”

Talking about Christianity, Dr Zakir said that unlike any other religion, Islam believes in Jesus Christ to be a Messenger of Allah and that he was miraculously born from Virgin Mary, and above all, Jesus was able, by the permission of God, to cure the blind and raise the dead. “But Islam has a lot of problems with the church teachings.”

Most believers of the Christian faith argue that God is mighty and that he can do anything, including taking shape as a human being so that he is able to tell how humans feel and what the best rules are for them. “But the moment the mighty God takes the form of a human being, he ceases to be a God and becomes exposed to human mistakes like anger and injustice,” he said. END_OF_DOCUMENT_TOKEN_TO_BE_REPLACED

In the name of Allah The most Gracious The most Merciful!

SEASONSALI
Create a free website or blog at WordPress.com.