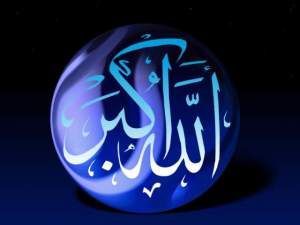 5 things to do on Laylatul Qadr

So valuable is this Night of Qadr that the Quran devotes a special surah to it “Lailatul Qadr is better than a thousand months” [97:3]

This one night surpasses the value of 30,000 nights. The most authentic account of the occurrence of the Night indicates that it can occur on any one of the last ten, odd numbered nights of Ramadan, 21, 23, 25, 27, 29.
END_OF_DOCUMENT_TOKEN_TO_BE_REPLACED

In this blessed month of Ramadan, we have now come to the grand finale – the last ten days of Ramadan that are even more blessed than the rest of Ramadan. In it is a night that Quran tells us is better than 1000 months (yes, months – not days).

The Messenger of Allah (peace and blessings of Allah be upon him) said:

There has come to you Ramadan, a blessed month which Allah has enjoined you to fast, during which the gates of heaven are opened and the gates of Hell are closed, and the rebellious devils are chained up. In it there is a night which is better than a thousand months, and whoever is deprived of its goodness is indeed deprived.” Narrated by al-Nasa’i, 2106; Ahmad, 8769. classed as saheeh by al-Albani in Saheeh al-Targheeb, 999.
END_OF_DOCUMENT_TOKEN_TO_BE_REPLACED

Fasting in general has been used in medicine for medical reasons including weight management, for rest of the digestive tract and for lowering lipids. There are many adverse effects of total fasting as well as so-called crash diets. Islamic fasting is different from such diet plans because in Ramadan fasting, there is no malnutrition or inadequate calorie intake. The caloric intake of Muslims during Ramadan is at or slightly below the national requirement guidelines. In addition, the fasting in Ramadan is voluntarily taken and is not a prescribed imposition from the physician.

Ramadan is a month of self-regulation and self-training, with the hope that this training will last beyond the end of Ramadan. If the lessons learned during Ramadan, whether in terms of dietary intake or righteousness, are carried on after Ramadan, it is beneficial for one’s entire life. Moreover, the type of food taken during Ramadan does not have any selective criteria of crash diets such as those which are protein only or fruit only type diets. Everything that is permissible is taken in moderate quantities.
END_OF_DOCUMENT_TOKEN_TO_BE_REPLACED

Allah says in the Holy Qur’an:

Read! in the name of your Lord Who has created (all that exists).
( سورة العلق , Al-Alaq, Chapter #96, Verse #1)
Education is a necessity in this time and age. Islam exhorts us to get educated.
In all times and especially in our times to be able to face the many challenges of life we need to be educated.
Allah swt says addressing both men and women in the Holy Qur’an:
O mankind! Reverence your Guardian Lord,
Who created you from a single person,
created of like nature his mate
and from them twain scattered (like seeds)
countless men and women. (Holy Qur’an 4:1)
And Allah also says in the Holy Qur’an
“Surely the men who submit and the women who submit,
and the believing men and the believing women,
and the devout men and the devout women,
and the truthful men and the truthful women,
and the patient men and the patient women,
and the humble men and the humble women,
and the charitable men and the charitable women,
and the fasting men and the fasting women,
and the men who guard their chastity
and the women who guard their chastity
and the men who remember Allåh much
and the women who remember Allåh much,
Allåh has prepared for them forgiveness and a mighty reward.” (Qur’an 33:35)
From the above verses , we can establish that there is equality between male and female (what’ s good for one is good for the other) with a few exceptions , those exceptions deal with the nature and function of the female rather than reflect badly upon her competence morally or rationally.

i feel extremely sorry for my village Muslims, who leads life in an ordinary way, where there is no significant amount deen or sunnah in their life.

1) A Muslim has to say salam to one another who would be identified by their appearance. when someone hides his identity, how can i recognize him as my fellow Muslim and salam them? his appearance is absolutely not like a Muslim.

2) i hardly found people in mosque, and not willing to spend money over it. pity.

3) i do not know how far they follow of what they know of deen, but fighting for their jamath such as sunath, tableeq, tawheed and etc. sick ppl.

4) Allah swt given wealth to them out of which they hesitate to spend on the way of islam. poor ppl.

5) i never heard or seen that a group of youngsters in my village discussing about deen and fearing allah, but of-course i have seen them drink together, play together and almost every other useless things doing together. useless peoples.

The Messenger of Allah (sal Allahu alaihi wa sallam) said: “Allah Most High says, ‘He who is hostile to a friend (Wali) of Mine I declare war against. My slave approaches Me with nothing more beloved to Me than what I have made obligatory for him, and My slave keeps drawing nearer to Me with voluntary works until I love him. And when I love him, I am his hearing with which he hears, his sight with which he sees, his hand with which he seizes, and his foot with which he walks. If he asks Me, I will surely give to him, and if he seeks refuge in Me, I will surely protect him.’” [Sahih Bukhari]

Islamic Sharia’ is the set of laws which are needed to be followed by the Muslim Ummah. It has been set compulsory for Muslims to live their life according to these defined rules. People who put allegations on Islam for being a limited religion, and call it a religion of past, will be enlightened about the versatility of the same Religion.

There are two sources of Islamic Sharia, one being the primary while the other being secondary. Secondary, in no way means that it can be skipped. Infact, It is the one which is needed in current world to resolve many issues being faced by Ummah.
Primary Sources

Holy war, suicide bombings, fighting for faith, and killing in the name of God—from Crusaders to terrorists, from sacred shrines to New York City, history is tainted by a grave disease afflicting humankind. While all the known religions of the world call for LOVE, PEACE, TOLERANCE, FREEDOM OF BELIEF AND MUTUAL UNDERSTANDING, many of the terrorists’ acts are committed in this world by people who call themselves religious, and attribute their horrendous and evil acts to the religion. However, God condemns their acts in the scripture. The true religion of Islam forbids the killing of innocent people, irrespective of the cause—religious, political or social beliefs. This is stated in the Quran, the holy book of Muslims.

The religion of Submission (Islam in Arabic) should not be confused with what these terrorists have done. The terrorist organizations such as Al-Qaida who kill innocent people are actually, by the definition of the Quran, not Submitters (Muslims), but plain murderers. Who would like to describe Hitler or the likes of Ku Klux Klan as good Christians? We should not let our emotions overcome our logic and understanding. There is no religious scripture that does not condemn terrorism. Every righteous person in any religion would condemn such actions regardless of terrorist’s race, country or religious background.
True Islam

What is the ideal of Submission (Islam)? The term “Submission” (i.e., Islam) is not a name that defines you as better than your neighbor or rewards you a special status with God. The name itself is an Arabic word derived from the meaning to surrender or submit. It means submission to God’s will. It is a way of life that guides your actions and forms your character. Submission is a state of awareness and appreciation of God’s boundless attributes. As your soul submits, you are able to practice the meaning of peace, compassion, love, forgiveness, and charity that are recommended by God. The shades of superiority, prejudice and judgment fade as the world comes into focus with the eyes of your soul. In Islam, the best among us in the sight of God is not the white or the black, the male or the female, a person who calls himself or herself Christian, Jew, or Muslim, but rather, the one who is the most righteous.

Submission to God alone is a way of life encouraged from the time of Abraham by Moses, Jesus, and Muhammad, messengers who have followed Abraham. The one who is able to surrender the soul is called a Muslim in Arabic, or Submitter. There are Submitters to the Creator in every faith. They are those who place no limits on their belief in the Unseen and impose no judgments on the different forms of striving towards attaining God’s mercy. This common striving encourages unity within a diverse group of people who advance their personal strides by learning from one another.
Righteous People in All Religions

Thus, the love of God is not reserved for people of religious sects or denominations that cling to an exclusive belief of guaranteed “salvation.” God’s infinite love flows to the charitable, righteous, benevolent, equitable, and the just: Those who recognize their accountability and work towards being good.

[Quran 2:62] Surely, those who believe, those who are Jewish, the Christians, and the converts; anyone who believes in GOD, and believes in the Last Day, and leads a righteous life, will receive their recompense from their Lord. They have nothing to fear, nor will they grieve.
from: Kalam Kader

In the name of Allah The most Gracious The most Merciful!